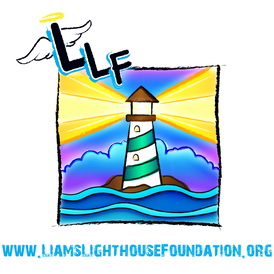 Michelle is originally from Pittston Township, PA and graduated from Misericordia University in 2001 with a Bachelor of Science, Masters in Physical Therapy.  She is currently employed as a physical therapist in Colorado Springs, CO.  Michelle and her husband, Chris, were blessed with a beautiful baby boy on January 2, 2008.  After 10 months of misdiagnosis, their son, Liam, was finally diagnosed with HLH on March 26, 2009.  (see Liam's story).  After Liam's passing in September 2009, Michelle continued to come across other parents with children affected by HLH who also were initially misdiagnosed of this deadly disease, some resulting in their child's death as well. Michelle also continued to research HLH and soon found that it has been diagnosed since the 1950's.  She felt it unacceptable physicians are still misdiagnosing the clinical signs and symptoms of HLH even though there has been more and more focus on it since then as well as the formation of The Histiocytie Society in 1985.

Michelle founded LLF in order to continue the fight her son no longer could against HLH.  Statistics are showing the incidence of HLH has increased over the past few years due to progress in research and better detection.  Michelle is dedicated to raising awareness of Histiocytic disorders, supporting families affected by these diseases, and funding much needed research for safer more effective treatments and ultimately a cure.  She will do this in her son's name and honor of his fight against HLH.

"There are days when my mind wanders back to those sleepless days of pure FEAR living in the hospital and they will be engraved in my mind forever.  Life continues to challenge me each and every day, but starting his foundation is one of the best things I have ever done.   Liam has taught me so much. He has taught me to fight for what I believe in, not to give up even when things seem impossible, and what love truly feels like. The love for a child cannot be compared to any other. He has taught me that "life is not measured by the number of breaths we take, but by the moments that take our breath away" (Maya Angelou).  I am just a mom who lost her child to a horrible disease and is trying to make a difference in the world of Histiocytosis.  There is power in numbers and in numbers we can make a difference."

Amanda is married to HLH Survivor Eric Majusiak. She graduated from Rowan University with a Bachelor's Degree in Geography with Concentrations in Planning, GIS & Cartography and Geosciences. She currently works for Roux Associates, an environmental consulting and engineering firm, in New Jersey.  Amanda came across the Liam's Lighthouse Foundation website just after her husband Eric was diagnosed. "Michelle 's organization opened our minds to all the possibilities out there for increasing awareness for HLH, but most importantly - We didn't feel alone anymore." The experiences with Liam's Lighthouse's first ever 5k To Fight Histio in NYC in 2013 left a mark on their hearts and their love for Liam, his courageous battle and this cause grew stronger. "We are forever dedicated to raising awareness for Hemophagocytic Lymphohistiocytosis and other Histiocytosis Disorders. "


​ Jennifer is mom to LCH warrior Jayden and she is the maker of Dynamite. Jennifer joined Liam's Lighthouse Foundation in 2017 and The Dynamite Program has become a staple of our efforts. Jennifer's wish is for EVERY Histiocytosis patient to receive a Dynamite for FREE!

"I decided to start crocheting Dynamite, the Histio Warrior Dragons, to send some love and comfort to those suffering from Histio. I pray as I crochet each dragon. When you pray as you crochet it's sewing the prayer into the stitches of what you are making. It makes the dragons even more special, I believe. There weren't any stuffed animals specific to Histiocytosis before Dynamite that these kids could hug and hold through treatments, blood draws, or other countless doctor appointments. Dynamite is special for our special Histio warriors. I send them to Histio warriors around the world. " - Jennifer


Rose Ann is lives in Colorado Springs, CO with her husband, Frank. She is the proud mother of Chris Slezak and Michelle Schulze(Liam's mommy). She is also the very proud grandmother to Juliana, Liam, Callan, and Finn. She graduated from Wilkes University in 1972 with a BA in Psychology and Elementary Education. She was an educator for 35 years in Pittston, PA. Upon retirement in June, 2007, she moved from Shavertown, PA to Colorado Springs, CO to be near her daughter, Michelle, and to take care of and enjoy her future grandson, Liam. When Liam became ill, she traveled to Cincinnati with her daughter to help with his care. She remained there for 6 months until he could fight no longer. "I left part of my heart and soul in Cincinnati when Liam passed and will passionately fight for the rest of my life to increase awareness of this horrific disease."


​Lynn lives in Hanover Twp., PA with her husband, Tom.  She graduated from Kings College in 2001 with a Bachelor of Science degree in Business Administration with a minor in Human Resource Management.  She is the proud Mommy of Ethan "Champ" who passed away from HLH in 2012 very rapidly.  Doctors in his hometown believed he was suffering from a viral infection but after several trips to the ER, no clear answers, and being admitted to a nearby trauma hospital, the results were catastrophic.  Ethan's prognosis grew even more dire as a cause could not be determined.  Ethan was suffering from liver failure.  Finally, a physician from Philadelphia was covering and had seen a similar case leading to immediate testing which concluded a diagnosis of HLH.  After being life-flighted to Philadelphia, Ethan began treatment for HLH with preparation for a bone marrow transplant.  Unfortunately, Ethan did not make it to transplant.  Despite all hopes and prayers, Ethan lost his battle to HLH on May 9, 2012. Lynn is devoted to ensuring other children and families do not have to suffer as Ethan did.  Her love for Ethan and her commitment to funding research and raising awareness of HLH is what drives her to be involved with LLF.


Rochelle is married and the mother of 4 boys..  She owns and operates her own cleaning business for the past 20+ years.  Rochelle came across Liam's story when a friend of hers asked her to attend a bone marrow drive in honor of a baby girl affected by a "rare" disease, HLH.  When she missed this drive, she went to DKMS's website and saw Liam's picture and that a bone marrow donor was needed to try and save his life because he didn't have a match.  Surprised at the fact that Liam too had this "rare" disease known as HLH, she became dedicated to helping raise awareness and support for Liam and his family.  Rochelle became attached to Liam immediately.  She started to follow his CarePage and help spread the word whenever possible.  She continued to advocate for Liam and his family by having fundraisers to help his family with medical expenses.  Upon Liam's passing, she became devastated and her family could sense this.  Her husband wrote her the only "note" he has ever written her telling her how sorry he was and he knew she loved Liam.  Her husband came home one day and handed her an envelope with a plane ticket in it to Colorado for Liam's memorial service.  He said he knew she had to go.  Rochelle went to Liam's service with another person who was as deeply affected  by Liam, April Zambetti.  "I can't explain it, and I don't need to.  My real friends know who Liam is, my kids know who Liam is, and his picture is in my living room with my other boys.  Yes, he is "one of my boys".  Rochelle did not know Michelle and her family before meeting Liam and now, she is one of her closest and dearest friends.